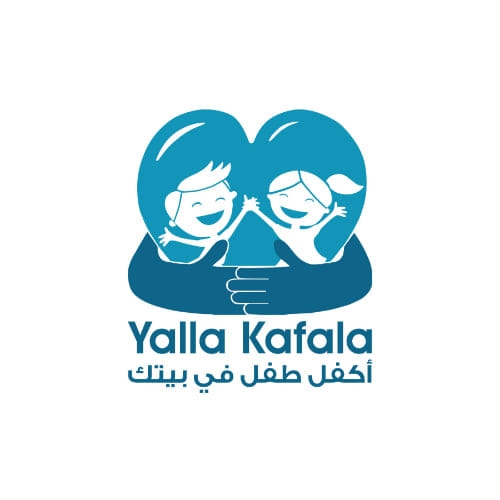 Fostering, aka Kafala, has been one of those taboo causes for so long. But thanks to initiatives like Yalla Kafala, joining efforts with the Ministry of Social Solidarity, the future is looking brighter.

Fostering/adoption has been a “muted” cause for a long time. Between the contradictory views of what’s Haram and Halal, together with the disabling rules and regulations. In addition to the economic burden on, foster homes and alternative families, many kids had lost their chance at a better life.

Thankfully, more kids are finding homes, due to the continuous efforts exerted by the government, amendments in Child’s Law, in addition to the construction of a high committee for alternative families to supervise the fostering process.

Also, recently, many non-profit initiatives have played a crucial role in raising awareness and offering support to foster parents. Among those outstanding initiatives is Yalla Kafala.

The Story Behind Yalla Kafala

Rasha Mekky, Founder of Yalla Kafala, couldn’t wait to be a mother like any newlywed. After years of trying and being drained from the process, Mekky finally decided to resort to adoption. A word that might have saved her a lot of pain if she had been more accustomed to hearing growing up. Since then, she was determined to share her story and raise awareness about the process of adoption.

The Role of the Intiative

Mekky’s story was frowned upon by some in the beginning; in addition to the cultural stigma, some people perceive adoption as religiously forbidden. Such misconceptions were the main drives behind the creation of her initiative. Moreover, Mekky shed light on how society views kids in foster care. She is trying to shatter the preconceived notion about them being outcasts. Her initiative is all about giving those kids a chance in life by normalizing adoption in society.

Yalla Kafala is an online platform that offers information and support for those who want to adopt. The organization also involves the community in bettering the Egyptian foster care system through collecting donations and welcoming volunteers.

For the First Time in Egypt, Hassan Allam Properties in collab with STAMINA Sports & Fitness brings IRONMAN 70.3 to Sahl Hasheesh

Gingko is Now in Cairo at Fairmont Nile City!

FirstAid Responders: Get Trained For Emergencies