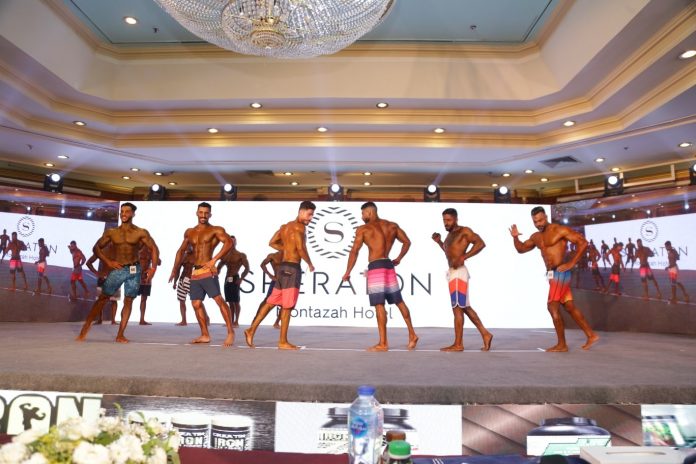 Sheraton Montazah Hotel Alexandria with its superb location overlooking the Mediterranean was chosen to hold the 22nd  Arab Championship for Body Building  for men, 18th  editions for youth &  the second for Classic and Physics from 28th  to 31st  of  July at Tabia Ballroom with the participation of a large number of  Arab countries in the tournament in the presence of Dr. Adel Fahim, Chairman of the Higher Committee of the Arab Bodybuilding Championship, President of the Egyptian, Arab and African Federations and attended by the president of the IFBB Rafael Santonja.

The program of the Arab Bodybuilding Championship started on Thursday 28th of  July with the arrival of participating Arab teams and the holding of the players balance ceremony which started from the early morning and continued till the evening. The competitions officially started with an opening, welcome and valuable speech by his Excellency General Mohamed El Sherif, Governor of Alexandria followed by the first competitions with the Master Bodybuilding competition then the Physic competitions for men and then the Classic Physics for men.

As for the last third day, the competitions started at 9.30 am with the Junior Bodybuilding Competition, then the Men’s Bodybuilding Competition followed by a luscious and sumptuousdinner specially prepared by Hotel Chef for this occasion which  has been attended by a large number of invitees along with a “Thank You” word and sincere appreciation, gratitude by Islam Mahrous, General Manager to Hotel Service Staff for their ongoing support and the hard work to make this event a success.

The Federation’s choice was due to the special care the hotel gives to all guests that shall enable teams & judges enjoy comfortable stay during the championship games.

Photos show Gen. Mohamed El Sherif, Governor of Alexandria, Islam Mahrous, General Manager of the Hotel, Dr. Adel Fahim, President of the Egyptian, Arab and African Federations, Rafael Santonja, the president of the IFBB and some of the VIP attendees.